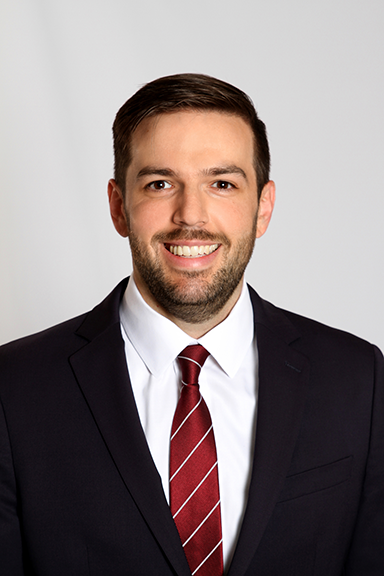 Timothy C. Jones is an associate attorney at the law firm. He is a graduate of Bangor Area High School. He graduated with honors from Drexel University receiving a Bachelor of Science in Business Administration with a Concentration in Accounting. While attending Drexel University, he worked for the Children’s Hospital of Philadelphia and then at a law firm in Center City Philadelphia.

In 2011, he was given the opportunity to move to Florida to help develop and manage a newly opened law firm. He attended Stetson University College of Law part-time while continuing to work at the law firm full-time and received his Juris Doctor degree with honors in 2016. In addition to graduating cum laude, he was an Editor of the Stetson Journal of Advocacy and the Law, selected to be a member of the Stetson Law Honors Program, received the William F. Blews Pro Bono Service Award, and was awarded a scholarship from the American Academy of Matrimonial Lawyers Florida Chapter Endowed Scholarship Fund. He also received the highest grade in his family law class.

Attorney Jones concentrates his practice in the area of litigation. He has litigated cases in Florida, New Jersey, and Pennsylvania. Specifically in Pennsylvania, he has handled litigation cases in the counties of Carbon, Monroe, Lehigh, Northampton, Berks, Lackawanna, Luzerne, Pike, Dauphin, Bucks, Montgomery, and Philadelphia. At his previous firm, he represented creditors in foreclosure, ejectment, and small claim matters helping resolve various issues and disputes dealing with real estate. Attorney Jones is a member of the Lehigh County Bar Association and the American Bar Association.

He currently resides outside of Allentown in Emmaus. In his spare time, he enjoys spending time with his wife and two young children taking walks and hanging outside, playing golf, watching sports, and reading.